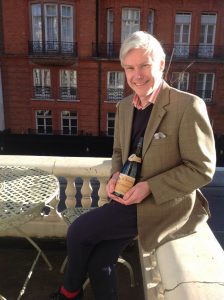 Jaboulet-Vercherre has its origins in Tain-l’Hermitage, where it was founded in 1834 by Antoine Jaboulet (father of Paul, and hence the great firm of Paul Jaboulet Aîné in due course).

A Beaune office was opened in 1884, with the younger son Henry’s wife’s surname Vercherre added to the company’s name.

The company was taken over by Louis Max of Nuits-St-Georges in 2002.

Clos de la Commaraine is a 3.75 hectare premier cru “clos” vineyard from which wine was produced by Louis Jadot from 2002 to 2020.

Since 2020 the vineyard has reverted to “monopole” status under its new American owners.

“Caumartin” (sic) is apparently Thomas Jefferson’s phonetic spelling of Commaraine in his cellar book, which lists his purchase of one cask (equivalent to 125 bottles) of 1785 Clos de la Commaraine on 13th July 1787.

The 1983 Burgundy vintage was troublesome – frost, hail, heat, rain, rot – and yielded hard, tannic wines. But 38 years’ of mellowing should make this a decent drink.

In my experience, people born in 1983 are much more approachable… 😁