As we brace ourselves for the seemingly inevitable hard Brexit, at which point France will stop sending its wines to Britain, here is 260-year old evidence that the British taste for French delicacies will carry on regardless.

This splendid print is “The Imports of Great Britain from France” by Louis Philippe Boitard (1733–1767), who was born in France but spent most of his adult life in London. 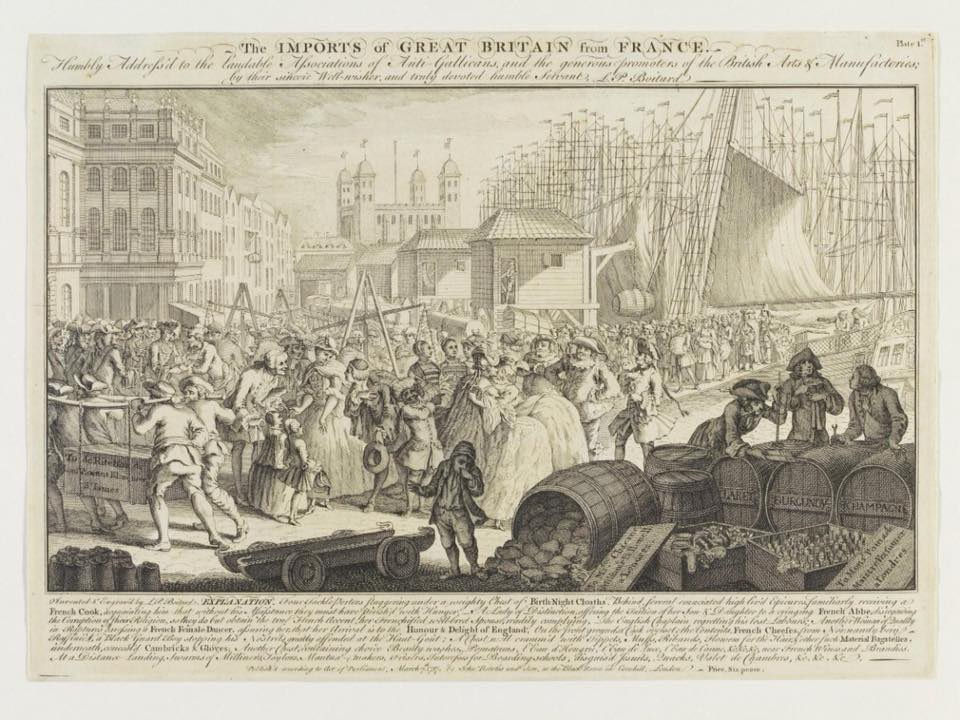 The print was published in May 1757, a year after the start of the Seven Years’ War.

The busy scene shows a ship from France unloading stereotyped French immigrants and imports at what is now Tower Pier, with the Tower of London in the background.

There’s a cook received eagerly by what the text calls “emaciated high liv’d epicures”; the crates of perfumes for Monsieur Pomade and millinery for Mademoiselle Chicane; and the boy holding his nose over a cask of Normandy cheese.