I was saddened to learn of the recent death of Peter Lehmann, the “Baron of the Barossa”.

He was as responsible as anybody for the current preeminence of the Barossa Valley and its wines, not just in the Australian industry but in the global industry. 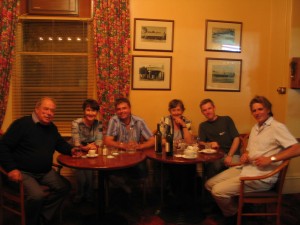 I met Peter only once. During my Young Wine Writer trip to Australia in November 2004 I stayed with Stephanie Toole. Stephanie and I went for dinner at The Rising Sun in Auburn. A burly man walked in and Stephanie said, “That looks like Peter Lehmann”. It was and he and his family joined us. He was big and said “bloody” a lot.

I know from other people that he was generous with his time and his knowledge. It was hard not to be awed by somebody who had achieved so much and who had such unbreakable integrity. He was an outstanding man.