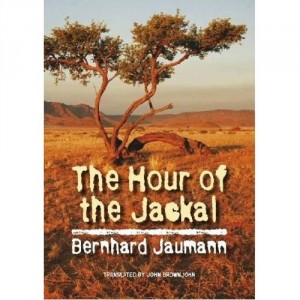 Winner of the 2011 German Prize for Best Crime Fiction, this accomplished roman à clef is based on the murder of the white SWAPO member Anton Lubowski in 1989. The alleged killers of Lubowski – all members of the South African secret police – are being murdered one by one in apparent revenge killings. Detective Inspector Clemencia Garises investigates the crimes.

The major themes are racism, misogyny, corruption and Africa’s AIDS epidemic. The killer’s cough is a recurring motif. I recall Dervla Murphy’s encounter with a coughing young man in her travelogue South from the Limpopo: Travels Through South Africa. It didn’t take long for this reader to guess at the killer’s illness. Hot, sultry weather is evoked often as a metaphor for the claustrophobic lives of the novel’s characters. Blacks live in poverty; rich whites live in luxurious but barricaded farmhouses, imprisoned by their paranoia.

The translation from German by John Brownjohn is mostly seamless and the book reads well. However, there is some clunky prose, like the use of “said” ten times in eleven sentences in chapter 2. Kingsley Amis would have approved but I don’t. The third person pronoun “he” becomes ambiguous in a passage describing the anonymous killer assaulting Staal Burger. Which one is “he”? Use of the reflexive pronoun “he himself” also recurs throughout and is poor practice – can’t you just say “he”? “Himself” is grammatically redundant. “So would she, thought Clemencia” should be “So would I”. Still, this is a thriller, in which narrative and plot are more important than language.

Clemencia’s character is nicely sketched, with titbits about her background recurring throughout the narrative: her police training in Finland; her troublesome brother; and her feisty aunt. She’s more interesting than Precious Ramotswe of Alexander McCall Smith’s The No. 1 Ladies’ Detective Agency novels.

This is a very cinematic novel. Its narrative structure – very episodic – and its pace and imagery would be perfect on a big or small screen. I wouldn’t be surprised to see it adapted into a film version before too long. But the novel’s title is rather too close for comfort to Frederick Forsyth’s The Day of the Jackal and would surely have to be changed for it to gain wider recognition.