Having had a very nice time at Francesco Mazzei’s London restaurant L’Anima last September I was very happy to accept Slow Food’s invitation to attend an “Eating the Italian Way with Felluga Wines” dinner there on Monday 20 June.

The dinner was part of Slow Food UK Week. For this event chef Mazzei teamed up with Angela Hartnett and Giorgio Locatelli to present, notwithstanding the Italian theme, high-quality British food.

I’m reasonably familiar with Livio Felluga’s wines, having been to their Brazzano di Cormons winery twice and having written the entry on their Picolit for 1001 Wines You Must Taste Before You Die.

The aperitivo wine was Felluga’s Pinot Grigio 2011, which was clean, fresh and had good varietal character but it was no more than a decent drink. This was followed by the very tasty Friulano-Pinot Bianco-Sauvignon Blanc blend Abbazzia di Rosazzo Bianco. It showed some oak-derived flavours and oxidation. 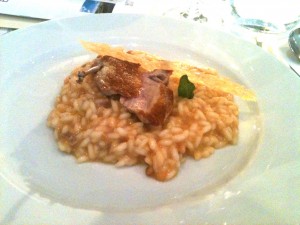 The starter of Risotto carnaroli with roasted quail and grana padano Riserva was superb. It was great with both of the white wines, especially the Pinot Grigio because of its freshness and crispness. Although richer and plumper than the Pinot Grigio the Abbazzia di Rosazzo Bianco was overwhelmed by all that cheese in the risotto.

The Merlot-Cabernet Sauvignon Vertigo 2010 has 7 grams per litre of sugar apparently – on the cusp of off-dry – but it didn’t show. At first it was very earthy and “cool”, hinting at the lack of ripeness that sometimes scars Friuli red wines. With aeration its oak makeup became more apparent. Like the other Felluga reds that I have tasted, this was made in the image of a Super Tuscan – polished to a sheen like one of David Linley’s tables. Nonetheless, its suppleness and docile acidity make it a very moreish drink. 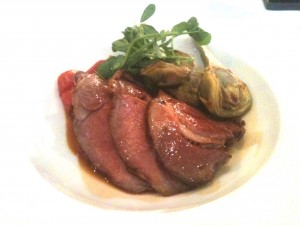 The main course of Portland Hogget Lamb was wonderful. The one-year old sheep (as opposed to lamb) meat came with wild garlic mash, minted artichokes and beautifully crunchy and fresh peas. It brought the Vertigo to life, the earthiness and vaguely minty note of the wine just ideal with this dish.

Picolit is a Felluga speciality and one of the few genuinely Friulano varieties, with probably less than 60ha planted in total in Friuli, of which four hectares are owned by Felluga. The Picolit 2006 served at L’Anima was a benchmark example, as sweet and charming as first love. A little bit of wood showed as the wines opened up in the glass. 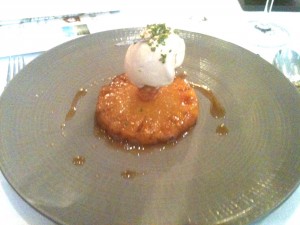 The desert of wood oven-roasted spiced pineapple with salted caramel gelato was so sugar-laden that it took three utensils (knife, fork and spoon) to render it into edible chunks. All that sugar and spice was very nice but the ultra-cold ice cream was fatal for my sensitive teeth.

An otherwise very enjoyable evening was marred somewhat by our leaving presents. Me and my fellow hacks were given packs of Francesco Mazzei-branded salsiccia piccante and antipasto calabrese that upon closer inspection when I got home between them contained ten – count them – E-numbers, which I loathe and don’t go anywhere near.

I do not think that Slow Food, which otherwise has largely worthy objectives, should be promoting food packaged in plastic and dripping in chemical preservatives.