Despite its obvious American bias – in cultural terms, that is – I thoroughly enjoy reading TIME magazine every week. I was surprised and pleased to see an article by Bobby Ghosh titled “The God of Big Things” about the Indian cricketer Sachin Tendulkar. Indeed, this was the cover story for the Asian/Australasian edition. 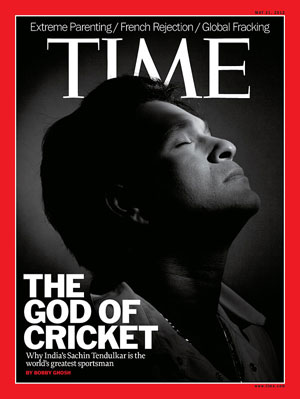 Ghosh argues that Tendulkar is “the world’s best athlete”. It is hard to argue against this when one considers Tendulkar’s accomplishments. What makes him great is his longevity; his heavy run scoring; his persistent striving for excellence; and his humility. Having set records for the most runs in Test cricket, in One Day International cricket and the highest One Day score, he might yet become the first player to compete in 200 Test matches. So vaunted are his figures that it is very difficult to imagine his records ever being beaten. He has done all this while coping with the unimaginable pressure of carrying the sporting hopes of a billion people.

The article contained a few red herrings, though. It is true that 100 runs is the most consistent measure of batting prowess. And Tendulkar’s 100 international hundreds is a phenomenal and unprecedented feat. But the traditional method of measuring excellence is how many First Class centuries – that is, in matches of three or more days duration – a batsman has scored. Tendulkar has 78 First Class centuries. With retirement looming, he is unlikely to reach 100 centuries.

The dynamics of First Class cricket have changed immensely over the last three decades. There was a time when international players would turnout for their clubs when not required by their national team. Batsmen such as Graham Gooch and Vivian Richards were therefore able to rack up many hundreds for their counties in addition to their international scores. Nowadays, with such a crowded international fixture list, top players rarely turn out for county sides. 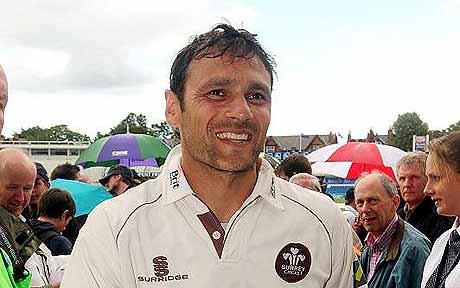 The most recent entrant to the hundred 100s club was the Englishman Mark Ramprakash. His relative underachievement at international level and truncated international career meant that he had plenty of time to accumulate runs at County level. Probably no batsman will ever again achieve 100 First Class centuries. Even Brian Lara, with 11,953 Test runs, a highest Test score of 400 not out and the highest ever First Class score of 501 not out (which I saw), managed a mere 65 First Class centuries. Unlike Richards, Gooch and Ramprakash he did not play enough County Cricket to be able to score more hundreds. 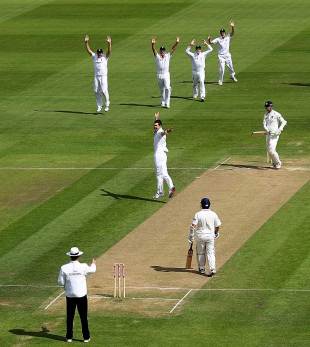 I have seen relatively little of Tendulkar. I first watched him in 1996 at Edgbaston, when he scored 122 in the second innings. I next saw him at Sydney in January 2004 when, after a lean series, he finally came good and scored 241 not out. I saw him at Lord’s and Edgbaston in 2011, the latter a particular treat because I saw Tendulkar bat with Dravid – the two highest scorers in Test Cricket together at the crease.

Ghosh points out how Tendulkar’s brilliant career has coincided with India’s ever-expanding economy. With a huge playing base and vast amounts of money available, in theory India should be unassailable as the world’s leading cricketing nation. In practice, corruption and cronyism continue to scupper its potentially invincible national team.

Tendulkar was joint 17th in Wisden’s Cricketers of the Century list published in 2000. Then he was halfway through his career and already feted as the best batsman of his generation. Should a similar poll be conducted in 2100 Tendulkar would surely be at the top of that list. He has redefined cricketing excellence. And yet… 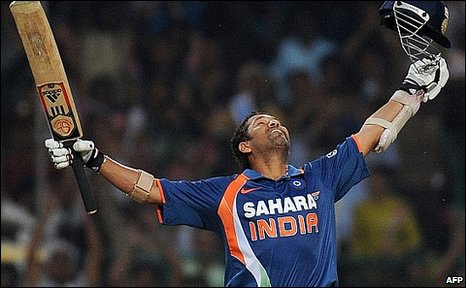 My impression was always of a fine player in an underachieving (and sometimes mediocre) team, though that has changed in recent years with the rise of India to cricket superpower status. For me, he is a wonderful player who always entertained but rarely imposed himself on a match in the way that Lara did. Sachin Tendulkar is unarguably the finest ever International batsman. Although he might be the most brilliant player of the last two decades he is not the greatest. There is a difference, you know…