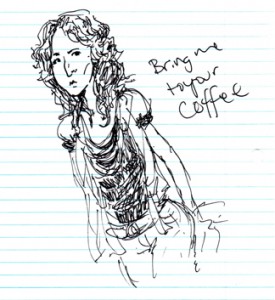 I am still sifting through the approximately 4,000 words that I tapped into my iPhone during last week’s COF 2012 tour. Writing by hand is so last century.

Having worked the 2001 vintage in Friuli (Isonzo) I’ve long been fond of this largely unheralded and undiscovered part of Italy. The food, wine and people are as good as anything you can find in this beautiful and maddening country.

A few snapshots of the week.

Wine of the week

A tough call, with so many gems to choose from. But I’ve plumped for Ronchi di Cialla’s Bianco 1994, which was probably the finest wine of a memorable visit, during which 81-year old Paolo Rapuzzi philosophised about not wanting to “die as a typewriter salesman”.

Quote of the week

Elaine: “I have been friends with three greyhounds.” 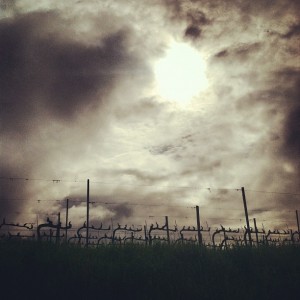 Photo of the week

Talia’s image of “morning between the alps and the sea, Corno di Rosazzo”, evoking Pasolini’s poem “Bunch of Grapes” and its reference to “between the sea and the mountains” – the Colli Orientali del Friuli encapsulated.

Most uxorious tour leader of the week

Always Jeremy Parzen… In addition to the lovely Tracie P (aka Mrs Parzen) he has Georgia on his mind these days.

The resplendent Whitney Adams. She writes and photographs well, too.

Alaskan-Eskimo cartoonist of the week

I haven’t met many Eskimos – and certainly not from Alaska. And definitely not anybody who draws wine comics. But I have now met Elaine Brown, aka Lily-Elaine Hawk Wakawaka, and feel better for it. 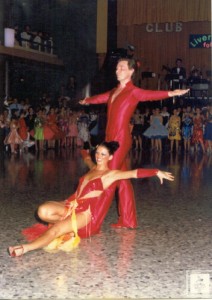 Ballroom dancing driver of the week

Chris Reid is probably the least likely among us ever to be arrested by the FBI.

Most impeccable taste in birds

Talia, according to Elaine, “she has impeccable taste in birds”. Not something that can be said of me… (Note to US readers: “bird” is English slang for “woman”.)

Thank you again to my hosts and my fellow bloggers for a hugely enjoyable and informative trip.