Thanks to the highly adept Kelly Bayliffe of Tastour I was able to visit the first gin distillery to be opened in London since 1820 and one of only four currently to be licensed in the city. 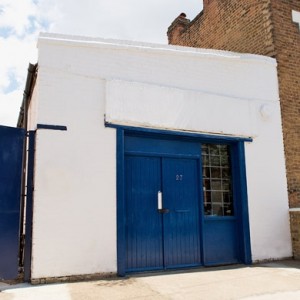 One doesn’t expect to find a working distillery in a residential street in West London. More admissible, however, is that the building that now houses Sipsmith Distillery was once a microbrewery belonging to a pub over the road. Even more appropriately, it used to be office of the late great “beer hunter” Michael Jackson.

Fairfax Hall, it turned out, is a person and not a place. With his old mucker Sam Galsworthy, Fairfax established Sipsmith in 2007. Having both worked in the drinks industry (with Fuller’s and Diageo, respectively) they were inspired by the micro-distilleries that emerged in the USA in the 1990s.

Sipsmith’s name comes from “smithery” – skilfully creating something from particular materials. Making gin is, in Fairfax’s words, “a smithery, as in wordsmith or songsmith.” 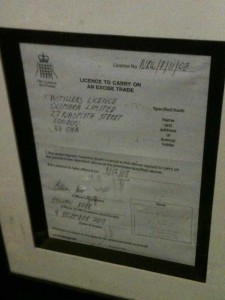 A distillery licence was applied for in January 2007. It took two years to receive an A5-sized scrap of paper: the bureaucrats finally approved the licence in December 2008.

Sipsmith’s pride and joy and its not so secret weapon is “Prudence” – a copper still handmade by the German firm Christian Carl, family-owned since 1869. “She” was named after Sam’s late mother – and Gordon Brown’s buzzword during his time as Chancellor of the Exchequer.

Never having passed a science exam in my life I will have to take Fairfax’s word for it that “copper is a natural purifier and takes the sulphates out of the alcohol. Steel doesn’t do the same job! The copper and the five plates in her fractional distillation column are the key to (the gin’s) purity… Prudence bypasses the fractional distillation column to retain the intensity of the botanicals… Capturing the ‘heart’ makes a really wonderful spirit.” 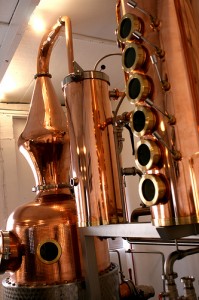 The first distillation was on 14th March 2009, bottles of which were sold in June. Gin is effectively flavoured vodka so Sipsmith also bottles a Barley Vodka. Most vodkas are charcoal filtered, which strips out a lot, but Sipsmith leaves “everything in”. Atypically for vodka it has an aroma and is very mellow, with none of the fire and brimstone found in so many other examples. It is diluted with Thames water – not from the muddy banks of London thankfully but from Lydwell Spring, close to the river’s source at Kemble in the Gloucestershire Cotswolds. 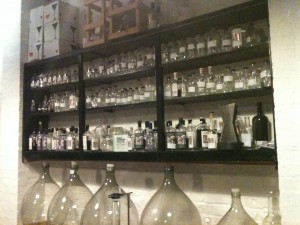 What distinguishes Sipsmith’s aromatic and complex gin is that the spirit is gradually heated up to allow the different ingredients to shine – because of the “different atomic weights” of the various ingredients, according to Fairfax – and the distillation is “one-shot”, using the first and best production only. This means that every batch is different. Bottles can be tracked on the Sipsmith website to their distillation batch.

The magnificent sloe gin is of the 2010 vintage – that is, the sloes were picked in autumn 2010. Its diaphanous red reminded me of the shading of a good Pinot Noir and its sweet, juicy and fresh flavours would not disgrace a New Zealand Pinot Noir.

In 1750, one in four London households had a gin distillery. Sipsmith’s superbly artisanal spirits might just encourage another gin craze.