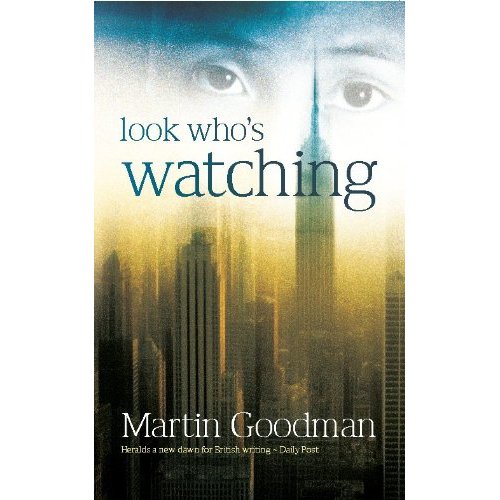 This excellent thriller has plot elements that seem very familiar: the assassination of a politically sensitive figure; a media tycoon with a much younger Chinese wife; a famous female killed in a car crash caused by chasing paparazzi; an Englishman in love with a Hollywood actress. (Respectively, JFK/RFK; Rupert and Wendi Murdoch; Princess Diana; and Richard Curtis’s film Notting Hill.)

But Look Who’s Watching is much better than those apparent clichés might suggest. Because of Mr Murdoch’s recent troubles it feels very timely and pertinent – even prophetic. Cynics might begin to question Murdoch’s marriage to Miss Deng after reading Martin Goodman’s novel, which captures the economic – and political – rise of China brilliantly.

The characters are not especially rounded but the overall picture of economic globalisation and sinister media forces is expertly depicted. The story rattles along like, dare I say it, a News of the World story.

Through his manipulation of the actress Susan Groves the Murdoch-like Mark Rider has access to her lover, the Chancellor of the Exchequer Michael Carver, over whom he has apparent omniscience. Attempting to escape to the English coast for a brief holiday, Groves and Carver are discovered by paparazzi on the payroll of Rider. A car chase ends in tragedy.

The method by which Rider’s Chinese wife – daughter of the General who orders the shooting, by his son, of a Tibetan boy lama – impregnates herself with very little assistance from Rider is both amusing and shocking. Her manipulation of the staff at a birth clinic is a tour de force of comedic writing. Rider is bemused and delighted to be presented with heirs but his power has been diluted, much of it now going to his Chinese relatives.

The only discordant note is the spiritual / boy Lama reincarnated theme, which jars with the otherwise realistic narrative. Also the aerial font is rather too hard on the eye, though that might be due to my over familiarity with it – I use aerial as my computer’s default font. Otherwise this is a fine piece of fiction writing.