I might not look it but I’m old enough to remember Athena stores selling posters of “The Tennis Girl”. I’m not old enough to have owned a copy, though. 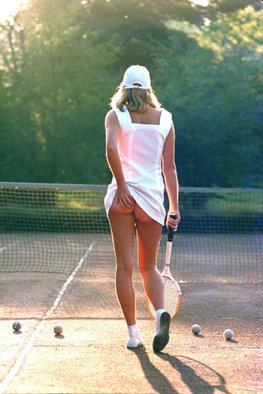 The other week I was invited to the Saatchi Gallery for the unveiling of a new work by Ben Dearnley (married to my former colleague Lynn, it so happens) based on that famous image.

As a West Midlander born and bred, I was delighted to learn that the photo was taken at the tennis courts of Aston University during the hot summer of 1976. Chris Nightingale and his business partner Martin Elliott “met Fiona Walker at a party thrown by a friend. She was a local girl and agreed to have some photographs taken. She was studying art at the time and wasn’t interested in being paid.”

A local company wanted a “tastefully done” 12-image “girly calendar”. Chris and Martin, whose business was called Crumpet Calendars – you’d never get away with it now – got to work and the “Tennis Girl” image was among the 12 included in a meatpacking company’s bespoke 1977 calendar. Fiona appeared in other photos “because she was cheap!”

“The Tennis Girl” quickly became popular. Chris explains, “We tried to sell the image for five years and it didn’t happen until a picture library in London did a deal with Athena.”

Thirty-five years after that photo was taken on a sunny Brummy day, Chris has decided to write a book about the image and the story behind it (so to speak).

To promote the book (which will be published later this year) Chris commissioned a statue from Ben. They met through mutual colleagues when Ben was studying in Bristol for an NVQ in Business Studies. It turned out that they both liked motorbikes and surfing and pubs. A partnership was quickly formed.

“I remember the image from my teenage years”, says Ben, “though I don’t recall having a copy of it myself. It was a very prolific image in that period.” 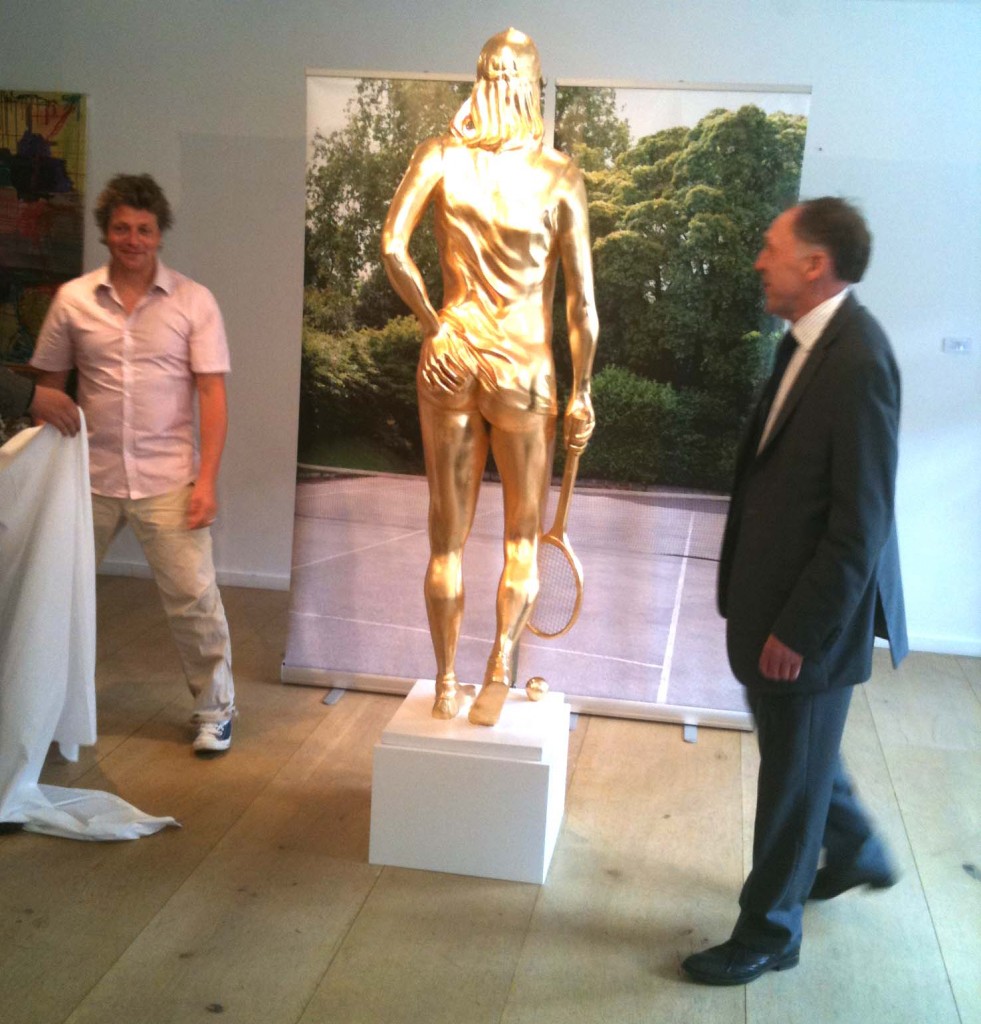 Usually Ben’s work shows only a fragment of the body or a body part, such as the half life-size torso of the swimmer Mark Foster, but the “Tennis Girl” had to be the whole woman. This meant using the original model and seven body casts were made of Fiona.

The timescale and costs ruled out bronze so the statue was made from fibreglass and resin covered in gold leaf. It weighs only 20kg: a similar sized bronze would weigh 80kg and cost a lot more. Although the original image was al fresco the statue will live indoors – its materials are not agreeable with wet weather.

For the face, Chris “wanted a soft, modelled look that wasn’t too detailed and had a quizzical look about it.” The result is what Ben calls a “Mona Lisa smirk”, based on facemasks taken from Fiona.

“Because I’m an art director I kept a tight idea of what I wanted”, says Chris. “Ben has followed very closely what I wanted – the style, the pose, the look on the face. I didn’t want anything too textured or detailed – I wanted it to be stylised”

Currently, Chris is negotiating with several galleries where the statue can be displayed. He’s happy with Ben’s work, calling it “a really good partnership.”

As for the now not quite so mysterious Fiona, she remains a friend of Chris. Ben is more nervous because “she hasn’t seen the statue in the flesh yet!”

One Response to Anyone for Tennis?