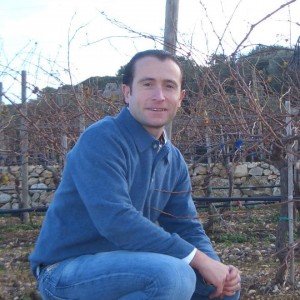 A couple of weeks ago I spent a pleasant afternoon with Santiago Navarro, founder and Chief Executive of a new online wine retailer called Vinopic.

Of Maltese and Scottish (well, nobody’s perfect…) heritage, Santiago previously worked in media sales for Fortune 500 companies. Like my friend Lidewij van Wilgen (my profile of whom can be seen here), he tired of a high-flying business career in Amsterdam and chose to pursue his passion for wine.

Vinopic is, in Santiago’s words, about “detailed analysis of what’s inside every bottle.” With this in mind, he assembled a “dream team” of people to work with him. 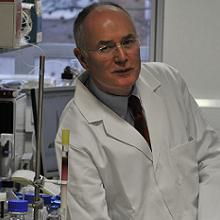 Roger Corder, Professor of Experimental Therapeutics at the William Harvey Research Institute at Barts and The London School of Medicine and Dentistry, is author of The Wine Diet, a copy of which stands on the bookshelf in my kitchen. Professor Corder’s research focuses on “how polyphenol-rich diets can modify vascular function.”

Although at various times I have claimed to be her son, nephew, brother or husband, Rosemary George MW is no relation – though we do greet each other as “aunt” and “cousin” respectively (“nephew” makes her feel old, perhaps).

“Expert Grading” and “Customer Rating” are self-explanatory but the more esoteric “Intrinsic Quotient” is, according to Vinopic’s website, “an index of red wine quality… based on the relative richness in grape polyphenols and the result of more than a decade of groundbreaking research.”

What are polyphenols, you ask? (I ask too, never having passed a science exam in my life.) Pay attention: “Polyphenols are naturally occurring plant compounds found in the seeds and skins of grapes, especially in red grapes and are the source of a wine’s colour, flavour and mouthfeel. There are several types of polyphenols, and for the Intrinsic Quotient we measure the most important ones: procyanidins; anthocyanins; as well as total polyphenols.

“Full extraction of these natural grape polyphenols during winemaking requires skilful application of winemaking techniques to create the best well-structured red wines. The richness of these polyphenols show that top quality grapes and best practices in winemaking have been used. Apart from rewarding the richness in grape polyphenols, the Intrinsic Quotient also penalises other potentially harmful factors such as high alcohol levels, and excess sugar and sulphites to give a balanced measure of quality.”

There is also an overall “Vinopic Score” that evaluates “Pleasure”; “Nature” (“higher natural quality and richer in grape polyphenols”); “Reassurance” (“lower in alcohol and unnecessary sulphites and sugar”); “Value”; and “Popularity”. A lot of information is contained on the site, then, but not a surfeit.

Currently 84 wines are listed from 13 countries, including 21 apiece from France and Italy. “Pick and mix is key for us”, explained Santiago, so various mixed cases have been assembled, including “Lower Sulphite Reds” and “Lower Calories”. (I have never met anybody who became fat from drinking wine – though I’ve met plenty with beer bellies.

The website’s “dashboard” works like an Amazon account, with a history of browsing and purchasing and so on.

Yodel is used as the courier service. Orders over £100 have free delivery, which takes up to four days. Below £100 costs at least £5.99, with a sliding scale of charges depending on how quickly you want the wine delivered. No breakages yet, apparently.

Wines are sourced via wholesalers and importers, though Santiago told me that he is starting to source his own wines. Vinopic seeks what he calls “well structured wine that is polyphenol rich.” 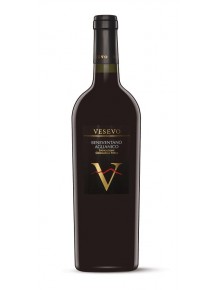 Santiago very generously gave me a couple of bottles to try. Vesevo Beneventano Aglianico IGT 2008 is described by Rosemary as “elegant rather than heavy, with a streak of tannin.” She scored it at 17.5/20, which seems very fair to me. Aglianico from Campania can be overripe and over-extracted – all jam and alcohol – or anachronistically rustic and tannic. This Vesevo, however, had bright, not overly ripe fruit, a bit of oak makeup and civilised alcohol (13.5%). There was some sediment, which I usually find reassuring in decent red wines. Roger scored it at 99 (out of 154), with the overall Vinopic rating at 92. It’s a good wine for £10.99.

Château du Cèdre Cahors 2007 was similarly styled to the Vesevo – ripe, spicy fruit overlaid by some oak, though with more concentration and tannin. Aunty Rosemary liked it, giving it 18, but Roger awarded “only” 94 and Vinopic 86. Although relatively supple by Cahors standards, it retains the density of the “black wine” of years gone by. At £16.99, or 54% more than the Vesevo, I can see why some people would not be as charmed by it as much as other wines.

“We’re doing things differently”, asserted Santiago. “And the difference is for their benefit.”