I was in Paris a couple of weeks’ ago to meet with friends. Of course it was bloody freezing and I was trying to shake off a heavy cold before my 20-hour flight to Adelaide. Really I should have stayed at home rather than get up at 5am and spend most of the day outdoors.

We met at Point Bulles, owned by Chantal Bregeon-Gonet of Champagne Philippe Gonet, which I profiled in a recent issue of Gilbert & Gaillard magazine.

A promotional film was being made at Point Bulles that evening. This was my second appearance on film – I appeared on Tiswas in January 1981, aged 6 ½.

Katrina is an Aussie friend in London who was in Paris for the France vs. Australia rugby match. The French were cut to shreds, which made braving the cold weather worth while. 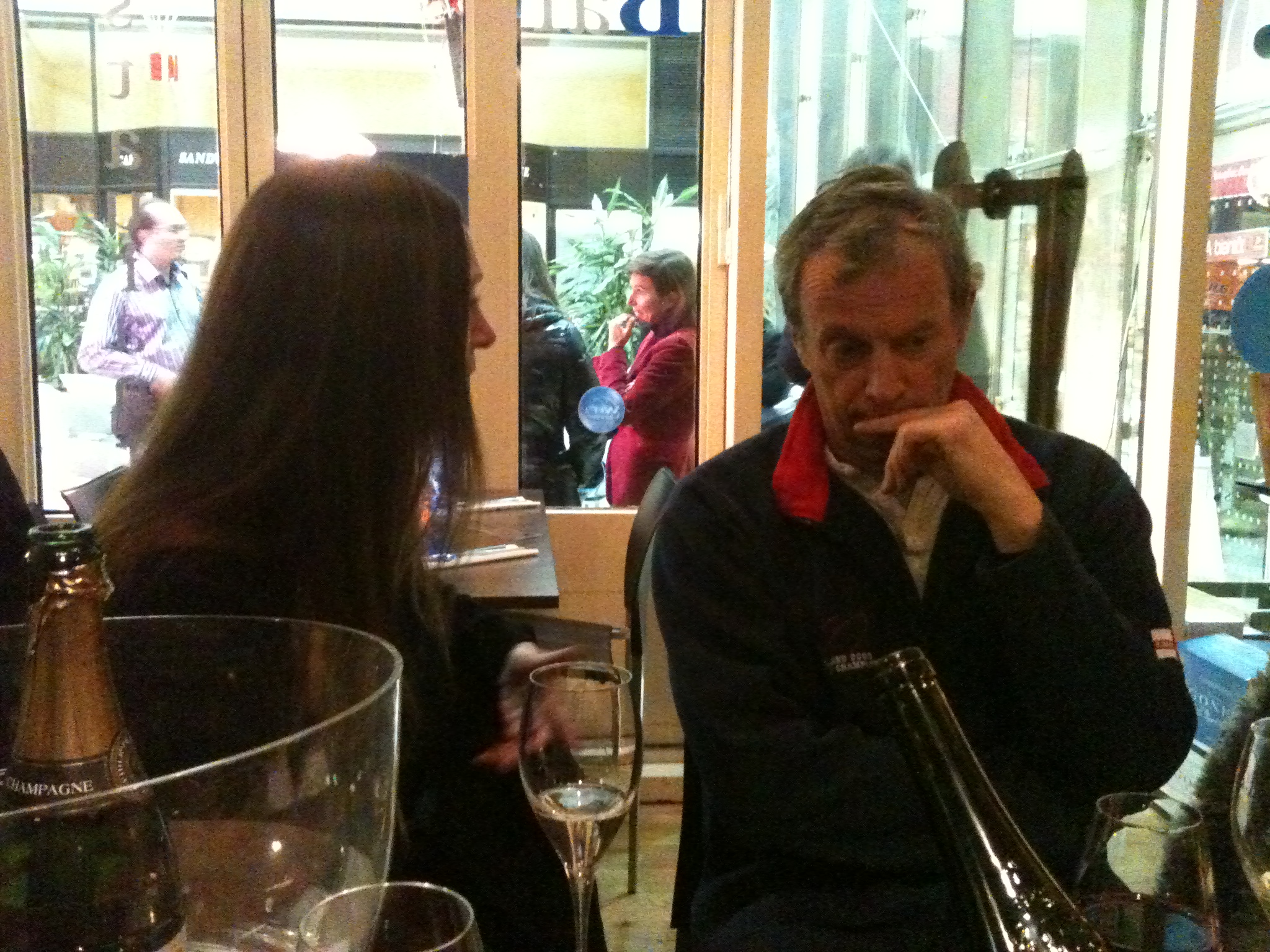