Having been the sole UK representative at the Austrian Wine Challenge in Vienna for the last two years, I’ve become increasingly familiar with and interested in Austrian wines. On 24 November I was invited to taste the wines of Weingut K+K Kirnbauer from Burgenland in east Austria. Markus Kirnbauer presented 11 of his family estate’s wines at Galvin La Chapelle restaurant in Spital Square, near Liverpool Street station.

This was my first visit to Galvin La Chapelle. The restaurant is in a marvellous high-ceilinged Victorian hall (chapel?) with a good 100 covers. Apparently the kitchen has a two-ton Bonnet oven that cost £100,000. It’s big and busy.

We started with a lasagne of Dorset crab and velouté of chanterelle mushrooms. It was a crab mousse with slices of pasta, I suppose, and technically brilliant. It tasted divine – especially the sauce – but I wasn’t keen on the rubbery texture.  It made the 2008 Chardonnay Barrique Zwickl, which was quite fat and opulent when sampled beforehand, taste bitter.

The main course was one of the most gorgeous-looking dishes I’ve seen in a long time, as full of vegetables and colour as an Arcimboldo portrait. The Assiette of Cornish lamb “Provençale” (sic) with roast lamb juices was really good. It came with liver, sweetbreads, peppers, spinach, courgette and intensely sweet tomatoes. 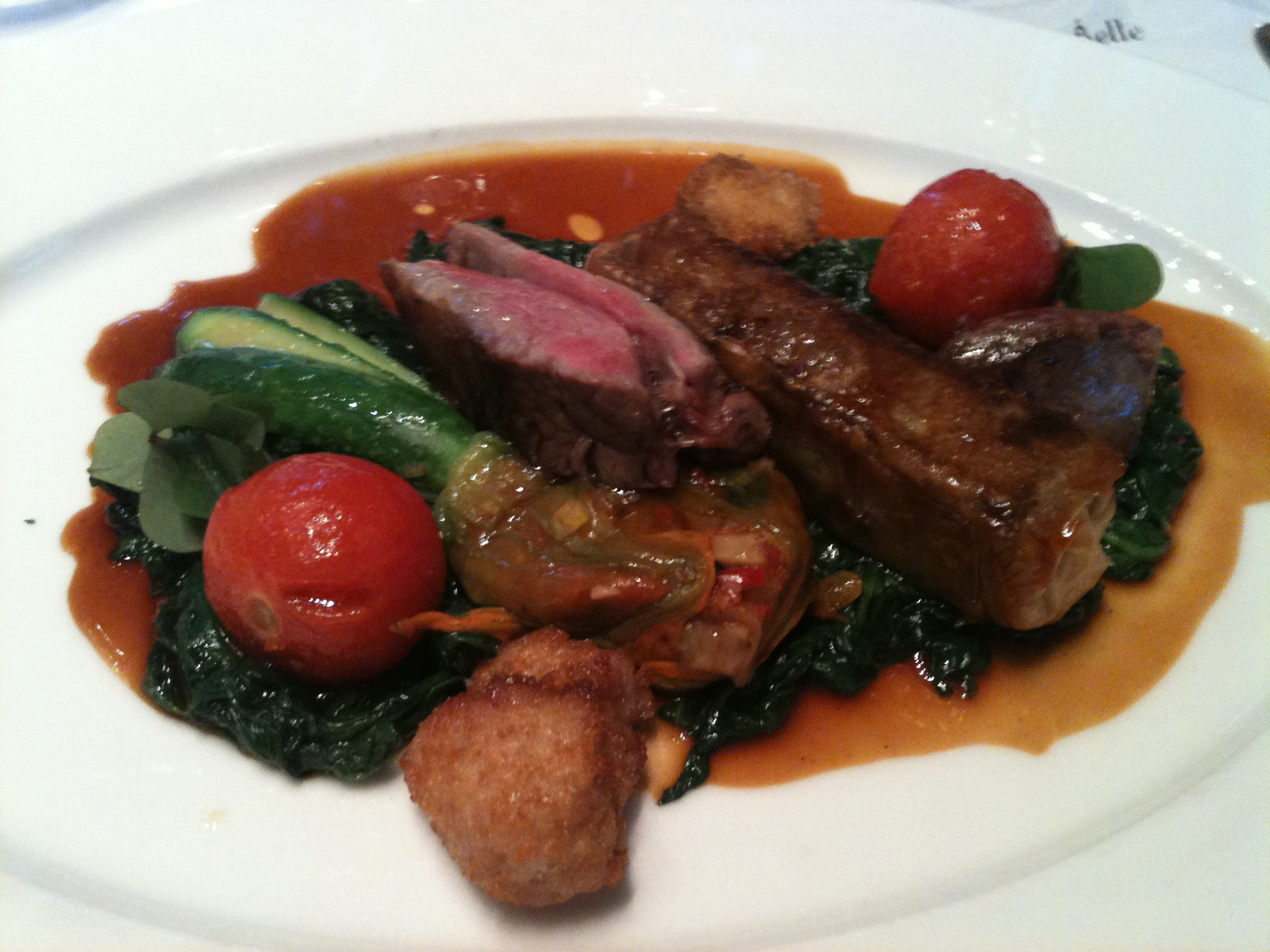 We found space for some dessert. The tarte tatin had nice pastry and was very sweet but no problem for the 2008 Welschriesling Eiswein, which was harvested just after Christmas 2008. It was pressed gently (for 15 hours) so as not to compress the ice. The result was a wine with 140-150 g/ltr sugar, which is relatively low for this style of wine. 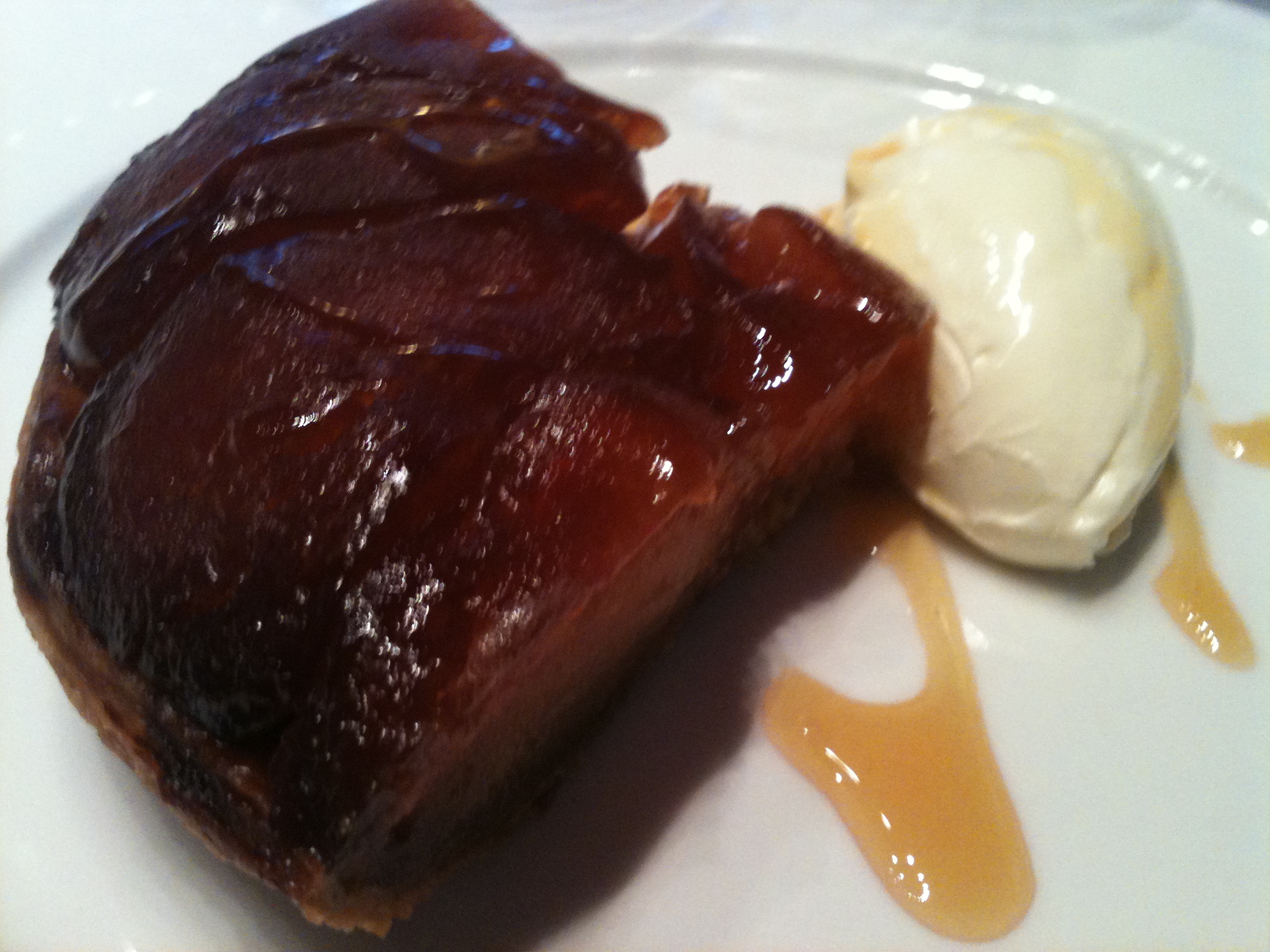 We also tasted the unoaked and plump 2008 Blaufränkisch Mittelburgenland, which for me was about as good an example of this type of wine as I’ve had.

The 2007 Blaufränkisch Vitikult spent 18 months in used barrels. This has given it a more polished texture than the previous wine. Indeed, as one moves through the range Kirnbauer’s reds become evermore, dare I say it, Super Tuscan in style – polished to a glassy smoothness.

Das Phantom is an adventurous blend of Blaufränkisch, Merlot, Cabernet Sauvignon and Syrah. The 2008 was bottled in May 2010 and I thought at first that it might be reduced. It opened up with aeration and smelled not dissimilar to Vitikult, though it had much firmer tannins.

The oaked red wines continued with the 2003 Blaufränkisch Goldberg Reserve. Perhaps seeing the vintage made me smell what I wanted to smell but this did seem a little bit raisiny. By contrast, the 2002, from a much cooler and more typical year, was lighter-hued and had better, more bracing acidity.

Forever is a Cabernet/Merlot made in 2000 to commemorate Markus’s graduation from university. It was left in barrels for as long as he was a student, which in the end was 38 months, though the wine’s name commemorates what it might have been. Age has made it leathery. I found this less appealing than some of the other wines.

Markus told me that he has submitted his wines to the AWC in previous years. I do hope he does so in 2011.