On 21 November I was invited to Blacks club in Soho for one of its infrequent Sunday “Bacchanalia” lunches.

Blacks is owned by Giuseppe Mascoli, who also has an interest in Franco Manca pizzerias and Aubert & Mascoli wine merchants. The club is in a splendid 18th century townhouse in Dean Street, nearly opposite the ghastly Groucho Club. It does not advertise; it does not even have a website. I met several people who were all “honorary” members; none of them knew anybody who had actually applied to be a member.

For the aperitif and then with the starter we drank Brut & The Beast 2005, a sparkling blend of Cortese and Favorita from the Cooperativa Valli Unite in Piemonte. It was gently fizzy, distinctly oxidative and about off-dry. This is the sort of wine that I like the idea of rather than the actual drink. Giuseppe doesn’t like the use, or what he considers to be excessive use, of sulphur. Esoteric wines with low sulphur or whatever always seem a good idea (like long-term contracts) but too often I find them less than a pleasure to drink. Brut & The Beast was distinctly cidery in flavour, which is not really what I want from a sparkling wine. But it went really well with the starter of Potted Cornish Crab. It was delicious. The crab and rice were held together by some clarified butter on top. 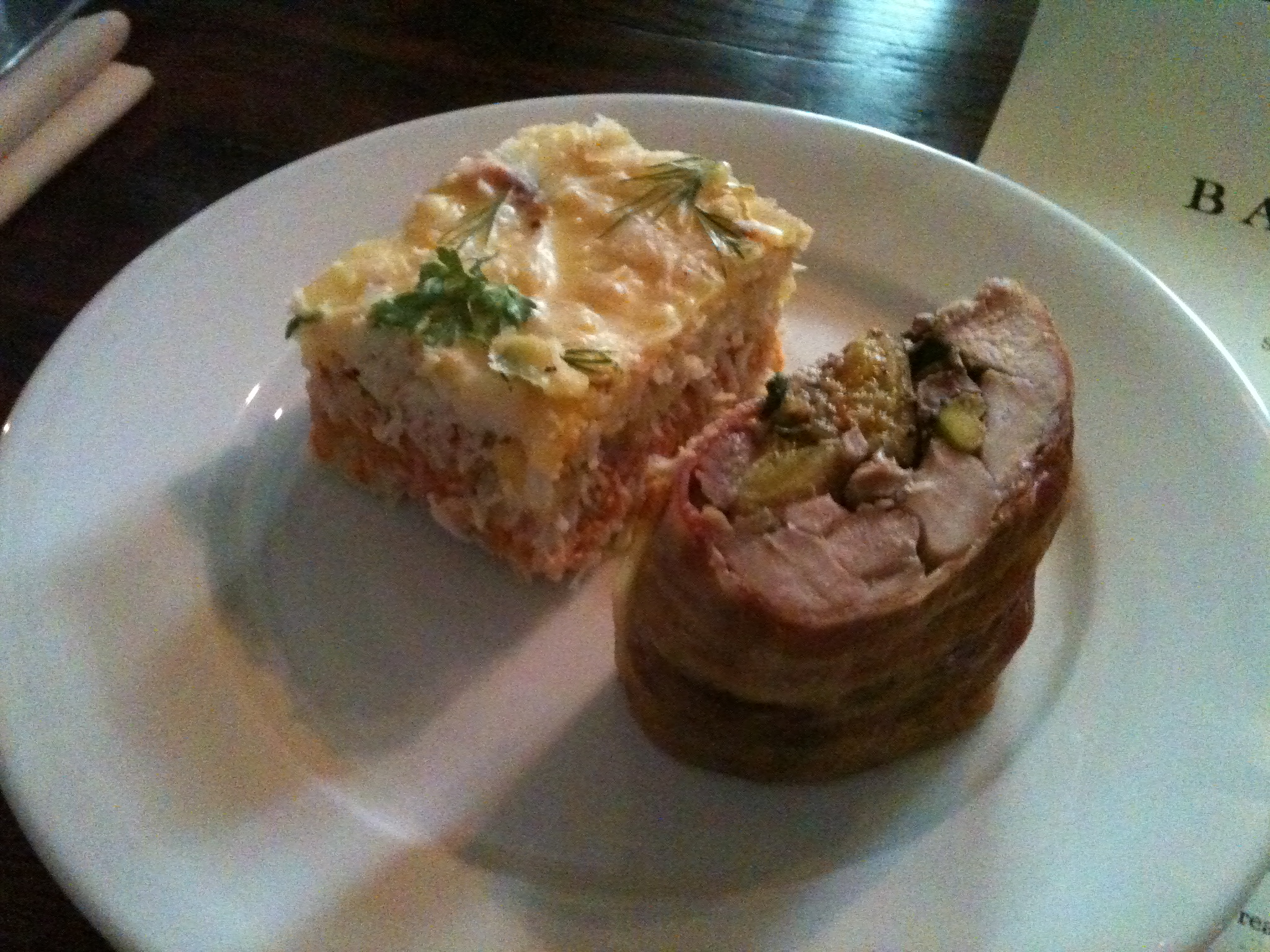 The other starter of rabbit, walnut and fig terrine was rich and earthy, a real autumnal dish. This was paired with Domaine de l’Ocre Rouge Chardonnay 2009 from the Gorges du Gardon to the north of Nîmes. It was also oxidative and esoteric. But for the forceful acidity of the Gavi grape in Brut & The Beast, it would be hard to tell the first two wines apart. But I drank them because they went well with the food.

The main course of pheasant (confit leg and roast breast) was totally yummy. I wasn’t so keen on the pearl barley or baked cabbage, the latter a speciality of Rose’s mother apparently, but the aromatic breadcrumbs (using lemon zest and spices) were terrific. 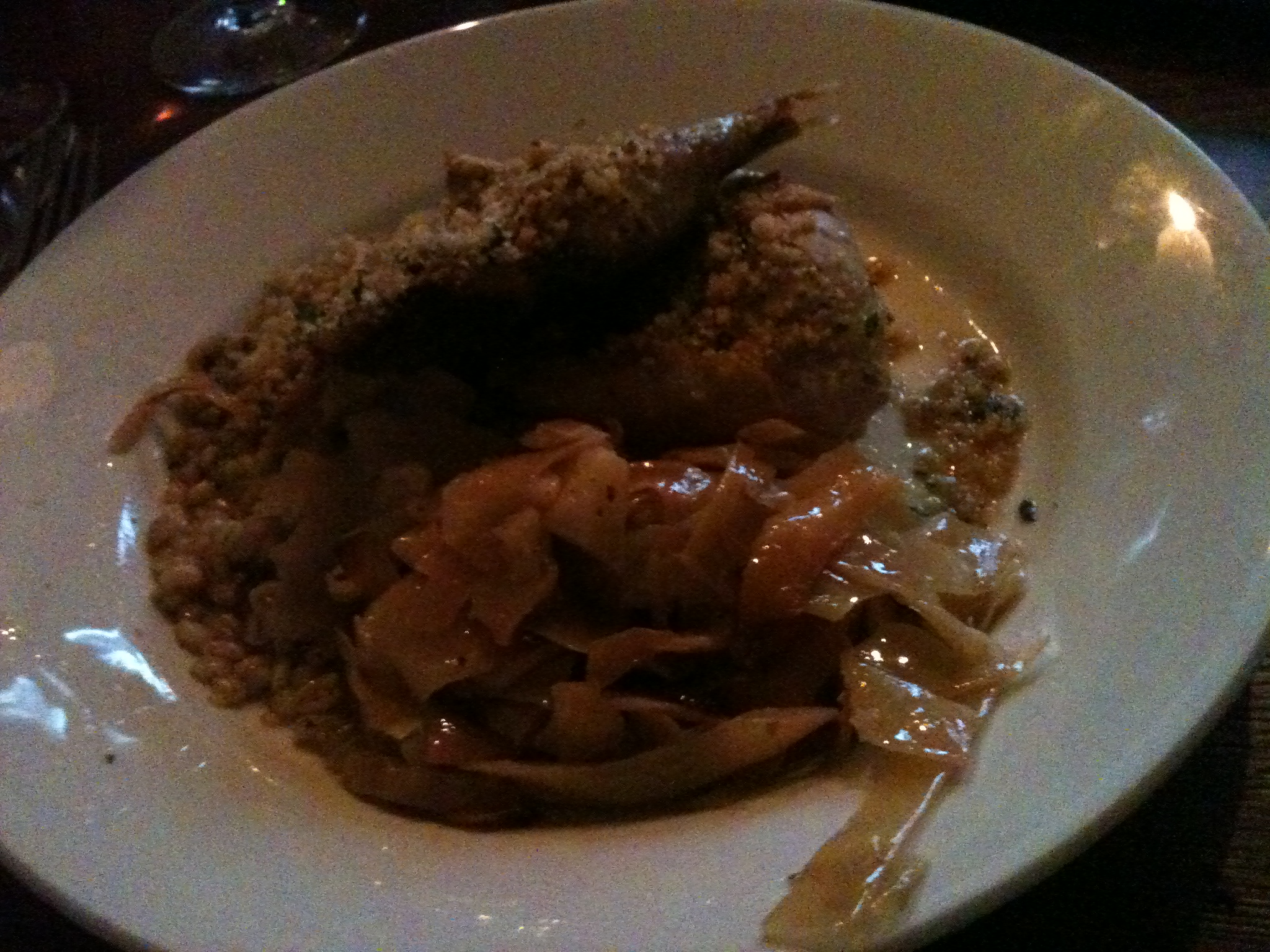 The Chianti “Terre dè Pari Riserva” 2001 from Podere Volpaio was nearly à point, though it retained some rustic tannins on the finish. There was no Cabernet or Merlot in this, happily – only the “proper” Chianti grapes Sangiovese and Canaiolo.

Rose’s dessert was a retro Constance Spry recipe for toffee bread and milk pudding. The bread was particularly good, light and fluffy, with the milk cutting through the richness of the toffee sauce so that it conveyed a combination of lightness and tooth-rotting sweetness. 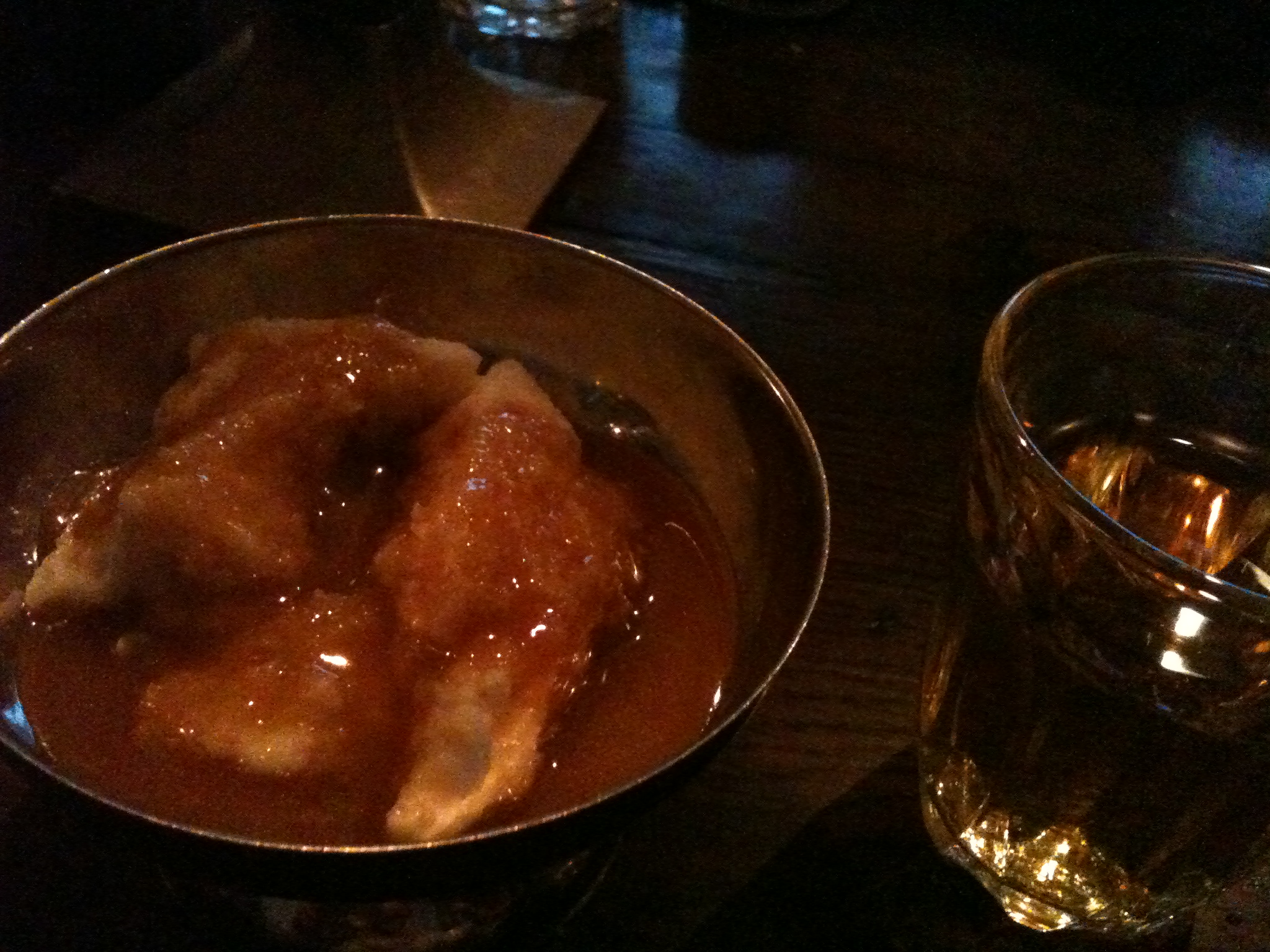 Domaine des Chesnaies’s Coteaux du Layon Saint-Lambert “Clos des Bonnes-Blanches” 2005 was drunk out of tumblers, which was fine by me. Doubtless some of my more earnest wine writing colleagues would have been appalled.

Rose did a great job. And I was even more impressed when she she said that she liked my MCC sweater.